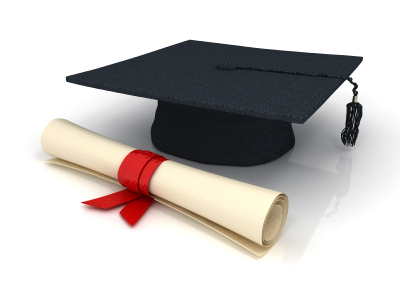 Rick Perry’s tuition troubles have a lot to do with the difference between politics in Texas and politics everywhere else.

His support for in-state tuition for the children of illegal immigrants — and the fact that he’s sticking with it — started a political tornado. It was enough to make Herman Cain say he would vote for Mitt Romney for president but not for Mr. Perry.

In Texas, there was almost no controversy when the law passed in 2001 with nearly unanimous support from lawmakers of both parties, and it hasn’t been much of an issue since — or wasn’t, until that twister touched ground. Earlier this year, an effort to undo it died in the halls of the Capitol.

And there’s a way to sell it. John Sharp, the new chancellor of the Texas A&M University System and an on-again, off-again buddy of the governor’s, fielded a question about it at a Texas Tribune event last week. He made it sound easy, blaming the federal government for leaving the gate open and then turning the result into an issue of education and economic development that the state was forced to address. It looked, in that version, as if the governor had no choice. The audience — a Texas audience — appeared to swallow it whole. Maybe Mr. Sharp should join Mr. Perry’s debate prep team.

He said lawmakers had to react to that, sounding as if he were writing a new chapter for Mr. Perry’s book “Fed Up!”

“The governor, the Legislature, the 174 members who voted for that piece of legislation did not get the choice of whether or not those kids were there,” Mr. Sharp said. “Their choice is whether or not those kids are going to become productive citizens or become one hell of a drag on the Texas economy, and that’s it. It seems that common sense dictates that maybe, from a Texas point of view, we need to make sure they’re not that kind of a drag on the Texas economy.”

He’s echoing Steve Murdock, the former director of the United States Census Bureau, who is now teaching at Rice University in Houston. Mr. Murdock said illegal immigrants made up 6.7 percent of the state’s population and that leaving them uneducated would devastate the state economy by 2040.

Judging from the number of nodding heads in the audience, Mr. Sharp’s line worked in Austin. It might well have fallen flat on the presidential debate stage, though it could hardly have gone worse than the reaction Mr. Perry received.

The tuition-immigrant thing isn’t a new issue in Texas and doesn’t seem to sound the same alarms here that it sounds at national political debates. Eddie Aldrete, an executive with IBC Bank of Laredo, was recently speaking to a student at the University of Texas whose friend had graduated and was having a hard time becoming a United States citizen. Mr. Aldrete, with a hat tip to Bill Gates, suggested we staple visas to diplomas, the better to keep graduates of Texas universities here, working in this economy, rather than sending them home to compete with us.

The argument that sells in Texas — or has sold, up to now — has to do with the state’s relative comfort with immigrants, legal and illegal. People get riled, and legislators file bills and all that, but there is also a political recognition that this is a well-established part of the Texas population and culture.

Maybe that’s an outmoded idea that won’t survive the election cycle. Representative Will Hartnett, Republican of Dallas, announced this week that he wouldn’t seek a 12th term in the Texas House next year. He cited his reasons, and he listed his accomplishments, including this one: “In 2001, Hartnett was the only House member who voted against passage of the now controversial HB1403, which provides in-state college tuition for undocumented immigrants.”

Maybe it’s just a local flavor that doesn’t travel too far from the Mexican border. With the exception of a minority that includes Mr. Hartnett and others, people here don’t seem to mind.